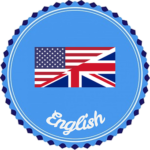 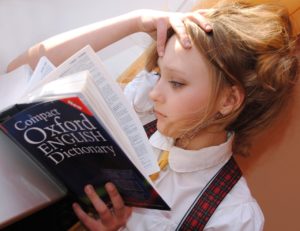 Irregular verb forms: If you have studied English for a while you know that the list of irregular verbs in the Past Simple form is difficult but necessary to memorize if you want to speak about the past. While many of the irregular verbs forms are similar to the base form of the verb for example, Begin → BEGAN, others are very different: Go → WENT, Buy → BOUGHT.

Idioms: Idioms in any language are tricky because they are sayings that have become popular and can only be learned by hearing them and practicing them frequently. A couple examples of idioms in English are: “Actions speak louder than words” or “Better late than never.”

There is No Gender and  Word agreement:

Romance languages like Spanish and Portuguese have gender distinction in nouns which means some words are masculine while others are feminine and  the articles and adjectives accompanying them need to have the same gender.  As well, the accompanying words also have to agree in the singular or plural form.  In English there is NO gender or word agreement. For example, in Spanish you say “libros nuevos” or “una chica alta” while in English we say  “new books” or “a tall girl”. The adjectives accompanying books or girl do not change.

Regular verb forms: The majority of English verb conjugation is quite simple. In the Present Simple all subjects simply take the base form of the verb and you only add –S to the third person singular:

Vocabulary: The vocabulary in the English language comes from a mix of Germanic, French and Latin roots, among other languages. The word `Souvenir´ comes from French, `Arm´ comes from German and `Candle´ comes from the Latin root Candela.  Learning English vocabulary can be easy, depending on which language your mother tongue is. For German speakers English is quite easy to pick up, as almost a third of English words come from Germanic  roots. And for those of Latin based languages, they will find that there are hundreds or thousands of cognates. Cognates are words that are the same or similar in both languages, like Actor or Animal which are the same in Spanish and English.

Whether  you think it’s easy or difficult, the important thing is to surround yourself with English as much time as possible. Whether it is watching videos, singing along to English songs, reading, going to classes, having conversations with native speakers or learning on our website or app, the key to learning English is contact with the language.

Learn English with movies!
Homophones: How do you pronounce these two words: ...
English expressions about time