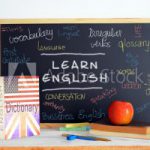 Small children learn languages more easily and more quickly than adults do. Starting to learn a foreign language when you are over the age of 18 is infinitely more difficult than if you start as a young child or better yet, a baby. Why is this?

Babies start to pick up on sounds of a language while in the womb. They listen to the “song” of the language(s) being spoken around them, the rhythm, stress, and intonation of speech, which linguists call prosody. If you hum a sentence in English the sound of that is the prosody. If someone then hums a sentence in Spanish, Russian or Chinese the prosody of each language will sound different. Of course, babies that are exposed to more than one language while in utero, and thus more than one prosody, have a head start on being bilingual or even trilingual later in life.

A child´s first word is, for parents, one of the most exciting moments in their child´s evolution. After that first word come many new words and by a year and a half most children start to “arrange words” or put them in small sentences. By 2 years old, most children know between 20 and 200 words and that number soars to almost 1,000 words by the age of three. The process seems effortless, and for children, it is. But how exactly does it happen?

One of today´s experts on children´s ability to learn languages is linguist Dr. Charles Yang, author of the book “The Infinite Gift: How Children Learn and Unlearn the Languages of the World”. Dr. Yang´s book comes after years of research in linguistics and an especially close-to-home study of his own young son and the way in which he learns to speak the English language. Yang demonstrates that children learn languages naturally.

Yang believes that the linguist Noam Chomsky revolutionized linguistics as he was the first to give children the credit they deserve in language learning. Yang writes, “The only way for children to learn something as complex as language, Chomsky contends, is to have known a lot about how language works beforehand, so that a child knows what to expect when immersed in the sea of speech. In other words, the ability to learn a language is innate, hidden somewhere in our genes.”

Whereas adults use their heads to learn a language, children use their bodies and respond to new languages with curiosity and impartiality. While adults have to memorize different grammar rules to understand a language, children learn grammar naturally by listening to those around them.
Chomsky wrote:
“A child who learns a language has in some sense constructed the grammar for himself on the basis of observation of sentences and non-sentences (i.e. corrections by the verbal community)”

He also believed that most children exposed to spoken language around them, independent of the language, culture or intelligence level learn at a similar and very rapid pace, “…the young child has succeeded in carrying out…a remarkable type of theory construction. Furthermore, this task is accomplished in an astonishingly short time, to a large extent independently of intelligence, and in a comparable way by all children.”

Parents are encouraged to speak a lot to their toddlers, read to them frequently and expose them to a wide variety of vocabulary in order to prepare them for the big wave of speech starting between 2 and 3 years of age. And for those who expose their children to more than one language, even better. Immersing your children in another language and culture is beneficial to their social and cognitive development. Many experts believe that children exposed to two or more languages from a very early age have what is called “mental dexterity” defined as intelligence as revealed by quickness and alertness of mind. And not only will bilingual children be more alert in the mind, but also more culturally open-minded as an adult.