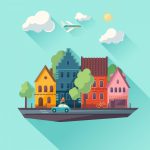 Is the shop open? Or is it closed? Does it frustrate you that you can’t go shopping on Sunday?

The liberalisation of shop opening hours has been a controversial topic in Europe and has caused debate between shop owners, business people, institutions and consumers. The legislation regarding the opening hours of shops differs between countries and it is usually left to the local governments to define.

“Sunday shopping” refers to the ability of retailers to operate stores on Sunday, a day that Christian tradition typically recognises as a “day of rest”. Rules governing Sunday shopping vary around the world but some countries continue to ban “Sunday shopping”.

In the United States and Canada, nearly all retail stores are open every day of the year except for Thanksgiving, Christmas Day, and Easter Sunday. With the exception of some suburban towns, Sunday shopping is allowed in most of the United States, Canada and South America, where there is almost total freedom of opening hours for retail establishments.

However, in other areas of the world, such as in Europe, there are still countries that do not allow Sunday shopping such as most of Norway and Switzerland. In most of Spain, the general trend is to allow Sunday opening once a month.

Following are some of the pros and cons of the liberalisation of shop opening hours, including “Sunday Shopping”:

• Increase economic activity during public holidays,
• Benefits for the consumers,
• Possibility to shop and consume in hours when shops are typically closed,
• A more extensive range of services for touristic areas,
• Creation of more jobs,
• Elimination of long breaks and lunch hours.

Finally, in most countries the freedom of shop opening hours is allowed and is considered beneficial in touristic areas where businesses can profit from the influx of tourists, having a positive effect on the economy. Why, then, shouldn´t the same theory that is applied in touristic areas be applied to non-touristc areas?
And another question for debate:
Should shop owners be able to freely decide their opening hours if they and/or their employees are willing to work on holidays?