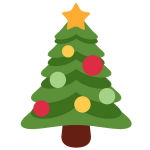 While the two countries share many holiday spirited traditions such as decorating the house with a Christmas tree, family gatherings on Christmas Day, singing Christmas carols and gift giving, there ARE some important differences. Let’s take a look at the different traditions in the USA and the UK:

Holiday CHEER is definitely found in both countries…. so HAPPY HOLIDAYS!