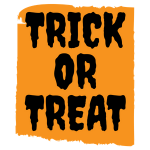 Every year on October 31st children (and some adults) dress up in costumes to celebrate Halloween.

Houses are decorated with Jack-o-Lanterns, artificial spiders and cobwebs, pretend witches and ghosts and other frightening objects that symbolize this special day.

On the evening of Halloween, in North America and many other countries around the world, groups of children can be seen walking the streets wearing costumes and visiting their neighbors’houses to receive candy.

But where does Halloween come from?

Halloween originally comes from the Celts that lived in Europe over 2000 years ago. The Celtic festival of Samhain, which comes from the Old Irish for “summer’s end” marked the end of the harvest season and the beginning of winter or the ‘darker half’ of the year. It was seen as a time when the spirits could more easily come into our world. The souls of the dead throughout history were both honored and warded-off. The custom of wearing costumes and masks at Halloween goes back to Celtic traditions of attempting to copy the evil spirits or placate them. Bonfires, which were deemed to have protective and cleansing powers, were used in rituals and to scare off witches.

Throughout history Halloween has been an important tradition in Scotland and Ireland. In these countries, children and poor people would sing and say prayers for the dead in return for cakes which is where “trick or treating” began. The Celts would carry lanterns made with turnips. During the 19th Century when the Irish and Scottish immigrated massively to North America they brought the Halloween tradition with them. On US soil, the turnip lanterns changed to pumpkin lanterns which are called Jack-o-Lanterns. Trick or Treating was confined to the immigrant communities of North American during the 1800´s, but slowly it was gradually assimilated into mainstream society and by the early 1900´s it was being celebrated coast to coast by people of all social, racial and religious backgrounds.

Today, many countries still remember the dead on November 1st which is called All Saints Day. Another name for it is  “All Hallow’s Day”. The day before, October 31st, is called “All Hallow’s Eve”, or Halloween for short.